Olympic 1500m champion Jakob Ingebrigtsen is to return to race at the Meeting Hauts-de-France Pas-de-Calais, a World Athletics Indoor Tour Gold meeting, in Lievin on 17 February.

The 21-year-old opened his 2021 season with victory in Lievin, breaking the European 1500m record with 3:31.80 after a dominant run which saw him win by five seconds and improve Hicham el Guerrouj’s meeting record by 0.21.

That performance put him fifth on the world all-time list, just 0.76 off Samuel Tefera's world indoor record set in 2019.

Ingebrigtsen went on to achieve a gold medal double at the European Indoor Championships in Torun, taking titles in the 1500m and 3000m, before an outdoor season which included his Olympic 1500m victory in Tokyo.

He will be joined in the Lievin 1500m field by his brother Filip, the 2017 world bronze medallist.

The Meeting Hauts-de-France Pas-de-Calais is one of the seven Gold-level World Indoor Tour meetings taking place in 2022. In 2021, the meeting was highlighted by Gudaf Tsegay's world indoor 1500m record and the 24-year-old Ethiopian will also be back in Lievin next month to race the mile.

Other athletes announced for the meeting include Olympic 100m champion Marcell Jacobs. The Italian sprinter achieved his first victory of 2021 in the French town, winning the 60m in 6.54.

BACK
Pages related to this articleAthletes
Jakob INGEBRIGTSEN 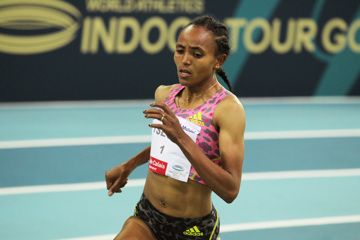 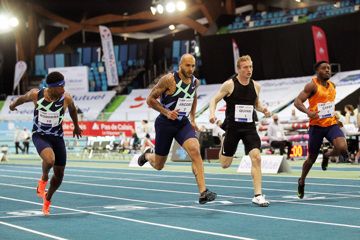 Jacobs ready to return to Lievin...