Preparations are gathering pace for the 2022 World Athletics Indoor Tour, with less than three weeks to go until the first Gold level meeting of the year.

The World Indoor Tour offers enhanced competition opportunities in 2022 with its biggest calendar yet. It features seven Gold level meetings, kicking off in Karlsruhe on 28 January and culminating in Madrid on 2 March.

The Meeting Hauts-de-France Pas-de-Calais features Olympic 100m champion Marcell Jacobs, Olympic 1500m champion Jakob Ingebrigtsen and Gudaf Tsegay, who returns to the venue of her world indoor 1500m record set last year and will this time race the mile. One year on from their brilliant battle over 3000m in Lievin, the trio of Getnet Wale, Selemon Barega and Lamecha Girma will race over the distance again at the Copernicus Cup in Torun.

The scoring disciplines on the World Indoor Tour rotate each year. For 2022 they are: 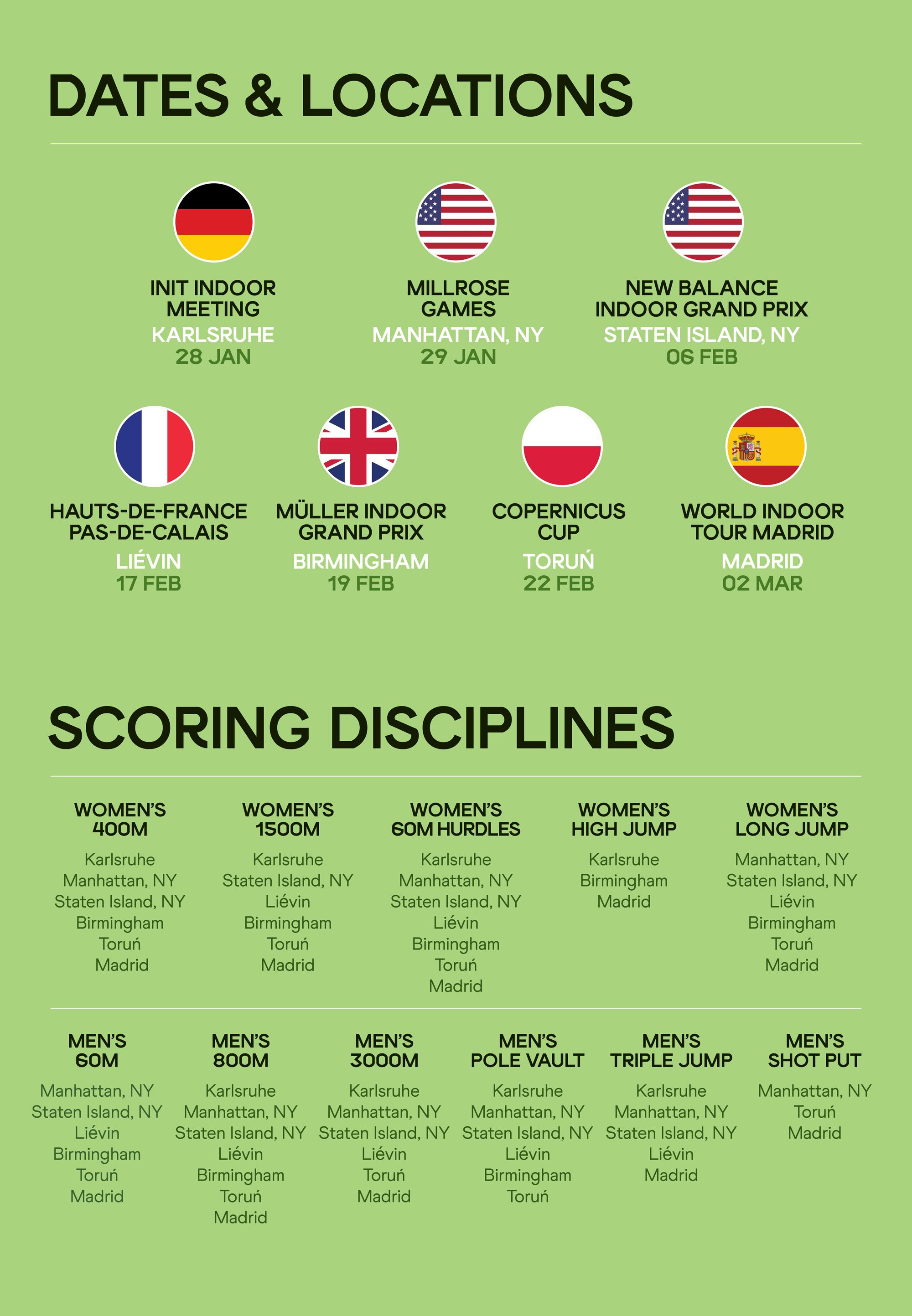 Each athlete’s best three results will count towards their overall point score. The athlete with the most points in each scoring discipline at the end of the tour will be declared the winner and will be awarded a USD$10,000 bonus along with a wild card entry for the World Athletics Indoor Championships Belgrade 22.

Each Gold meeting will offer at least USD$7000 in prize money for each individual discipline on the programme, including USD$3000 to the winner.

BACK
Pages related to this articleCompetitions
World Athletics Indoor Tour 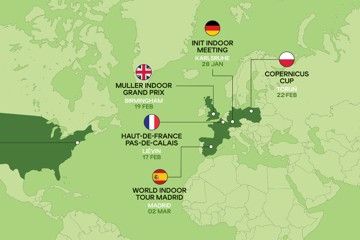